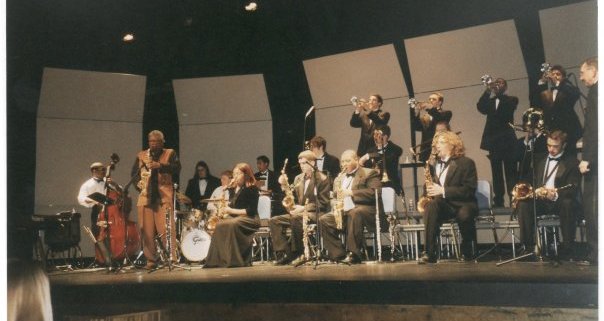 From as far back as my memory allows, music has been a predominant aspect in my life. Although the involvement in my childhood may have been nothing more than singing in the bathtub, I have been pressed for cultivation in the area of teaching instrumental and vocal music. Nothing replaces the joy of performing a selection of music to ones highest ability. Because of this, I am inspired to encourage others to find their talent and desire to perform.

In high school, I performed with a jazz band, which was named among the most achieved high school bands in the nation. With such a great honor came a authentic bond to performing for cheering audiences. As our band toured the United States, making stops in Chicago and New York City, we played for national conventions holding thousands of band directors in the audience. The day I stepped off the stage at the Midwest Band and Orchestra Clinic in Chicago, I realized – to my surprise – that my dream had not come true. Just months before the tour, I thought no privilege could surpass playing at events like this. But I became aware that my highest goal was not to simply perform for an audience, it is to rise up musicians to take my place.

Though many teachers throughout my life have helped me tremendously, our director, Mr. Anders, surpassed them all. I looked up to this man so much, and I strive to be half the teacher and musician he was. I received the wonderful opportunity to study underneath his leadership not only in high school, but also at Missouri Valley College. His knowledge was outstanding and his ability to push me forward while simultaneously encourage me was something I will always strive for – as a teacher myself. I want my own students to understand just how much I care about them as a person, not just as a musician.

Want to join the discussion?
Feel free to contribute!

Which songs seem to be hard to play ….
Scroll to top